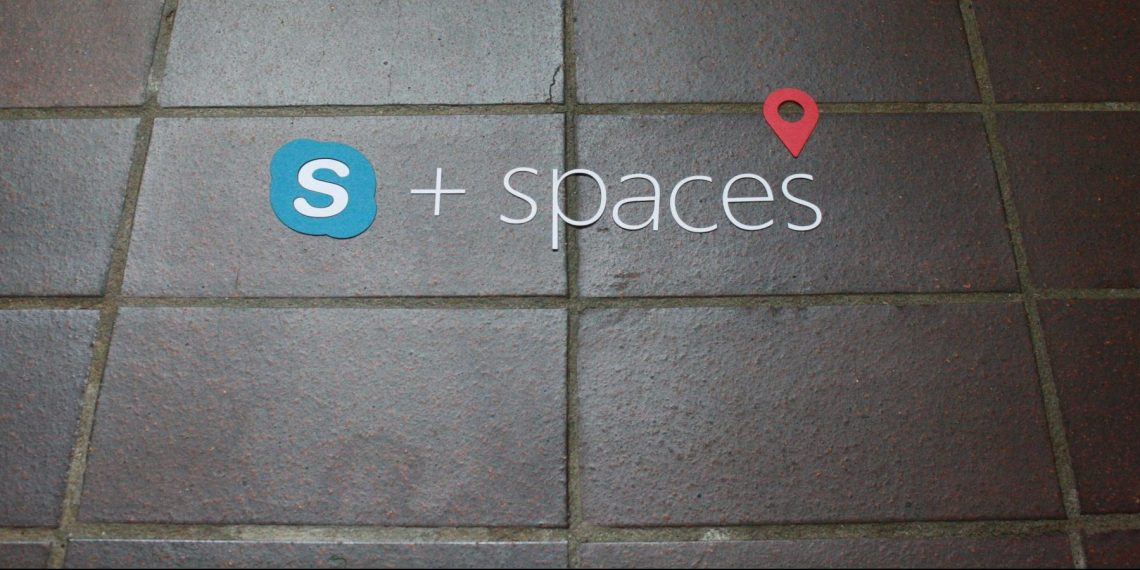 This project aim was to get really involved with the potential users: I tried ethnographic methods applied to design.

The initial research was presented in a workshop format with classmates, teachers and tutors. We picked out key insights from or time with the two groups and asked others to go through the same material and pick out patterns or interesting topics.

To explore or initial idea and take the project further we created a series of scenarios and use cases. Through low fidelity evaluation prototypes and discussions with students and tutors did we then explore parts of our scenarios.
We created multiple paper interfaces (smartphones) with different approaches. We gave them to other students to try them out, we explained a scenario and asked them to openly reflect around the experience. 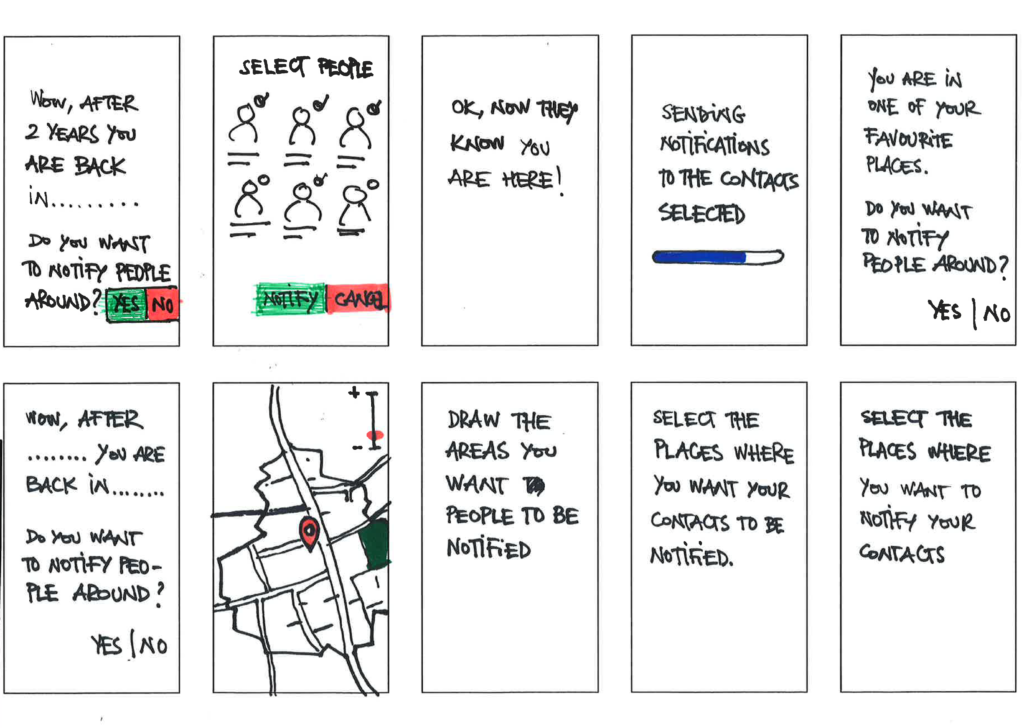 We developed, reworked and changed our initial concepts through sketching and long discussions testing our new solutions by simple hand drawn wireframes made into interactive mockup using the proto.io tool. This lead up to our final design. An added function to the regular Skype interface. 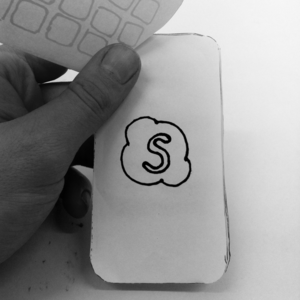 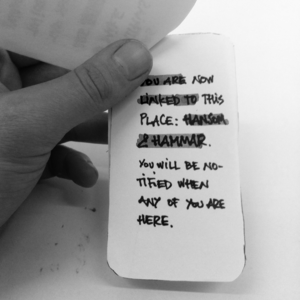 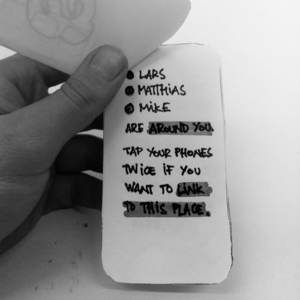 We were long debating whether to make a standalone application or an added function to the already existing Skype. In the end we decided to use the Skype framework and ad our idea to it. Mainly because a lot of the messaging functionality we needed already exist in the standard Skype application.

The changes we made were to replace the favorites tab inside the Skype mobile app with what we call Skype ‘spaces’. The spaces tab mainly consist of two screens. What you first see is a map of the general area (where you are at the moment). A map that also shows you if you have any contact nearby and roughly how far away they are from you. Here you can zoom in or out to select groups of people (or tap individuals for more precise targeting). You can also switch to a second screen where you instead get a list of your contacts nearby. When you selected the people you want to contact you press the ‘notify’ symbol (a old-school bell) to send out a general notification to your selected contacts. After a short animation (to clarify that a notification is sent out) you end up at the original ‘recent’ tab. All responses you get from the notification will be shown there.

The notification itself should be a generic message that you can (if you want) customize to something more personal. It shows up like a regular conversation only with some graphical changes to the look of the notification. If you are the receiver you get a push notification telling you that your friend is back in town. You can either choose to swipe for a quick response (Yay!), respond to it like regular text message or just ignore it. The quick response originally came from an earlier concept and was transferred here because we felt that it was important to easily respond to this notification. It’s not easy to take contact with someone you not seen in a while so even if you don’t have any suggestions for meeting up, it’s nice to quickly tell someone you are positive to them coming back.

We also added a settings menu specifically for the spaces function. To give more control to the people that want it and open up for a more creative use for our basic function. You can here manually add spaces or areas where you want to be asked about notification. You can also inactivate certain areas. This gives the user the opportunity and power to mold this tool into something unique for them.

Hi, I am an intreaction designer with a background in Computer Science and Visual Communication. Research through design, ethnography design and participatory design are my main methods of working.

I have a passion for designing learning experiences <nd making visible the invisible.