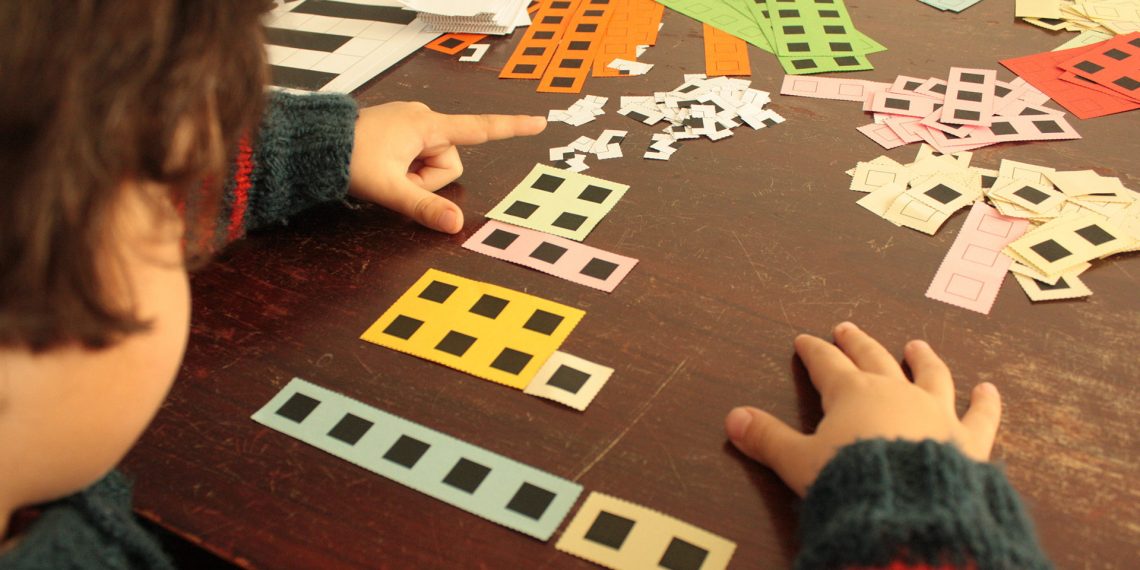 The element of discovery in this project came when numbers were given a physical shape with certain characteristics that mapped their mathematical properties. Children normally get stuck with the superficiality of operations without understanding the higher –more abstract– power of their use. This system tried to give numbers a body that children could touch, explore and get to know. 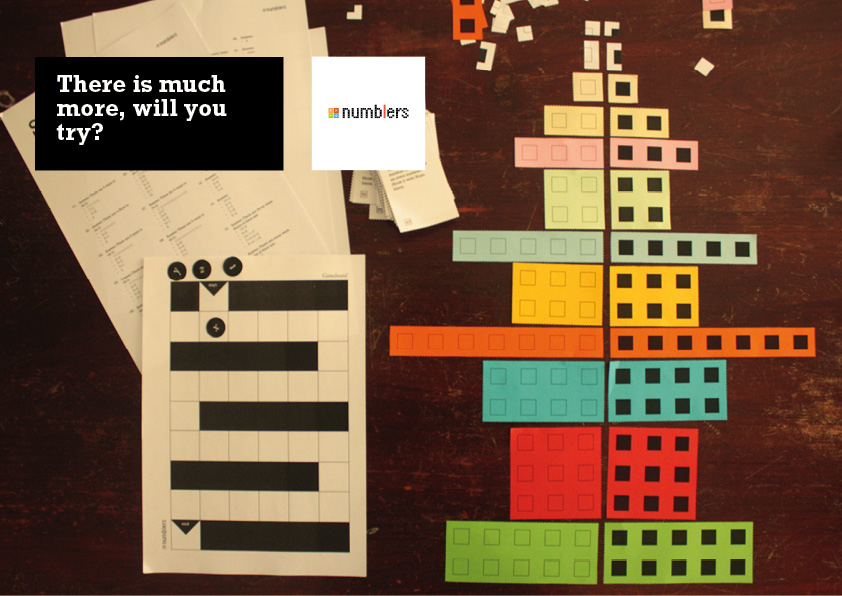 Can we learn numbers and math operations in a more intuitive way?

+-· : numblers is a numerals system that helps children aged between 5 and 7 to get number sense; understand the properties and operations with numbers in a physical and visual way. In order to make it more fun a board game is included so that it is not limited to its use as a support material in classrooms. It has been designed so that it can be easily downloaded from the Internet. It can also be printed at very low cost since it just needs a little bit of black ink and colored A4 paper. It is distributed through a Creative Commons License.

I asked myself if I could fnd a simple way to make him “see” what he was doing.

This project started as I observed how my son was learning numbers in school. I was astonished to realize that he was learning very much the same way I learnt many years ago; same difculties, same limitations and same misunderstandings. To begin with, he was learning to count by heart; not really understanding what he was doing and, of course, not knowing what counting was for. He did not understand what number was bigger and did not grasp the notion of successor. Tings got a bit worse when he started to learn how to add / subtract numbers. He was learning the operations, counted with his fngers and had difculties getting what it was for as soon as the problems demanded some extra thinking and were not a straightforward addition / subtraction operation. I began to think if I could fnd a simple way to make him “see” what he was doing. Click here for more information about the process.

Video presentation of the solution 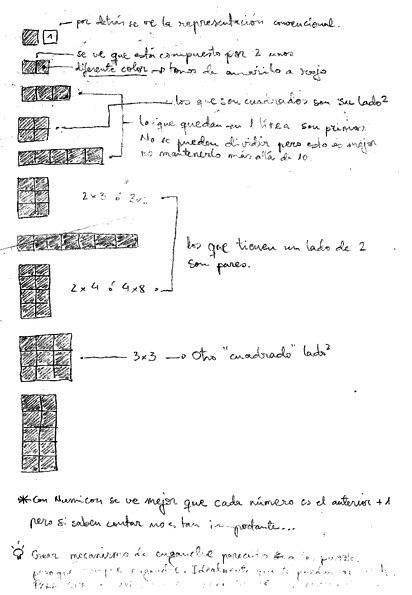 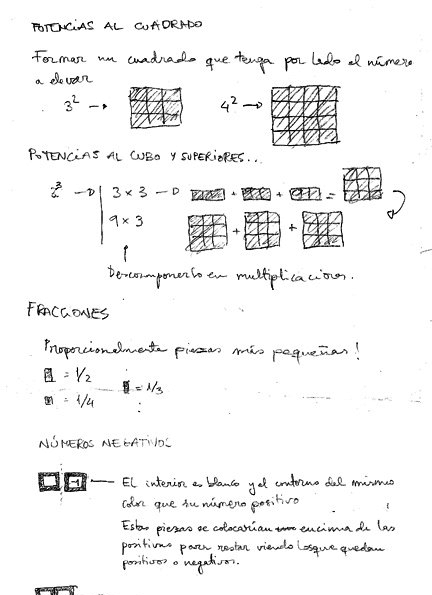 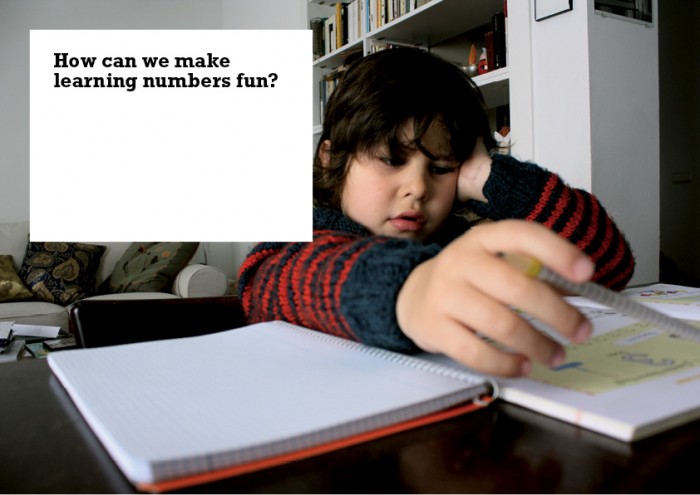 Can we make learning numbers fun? 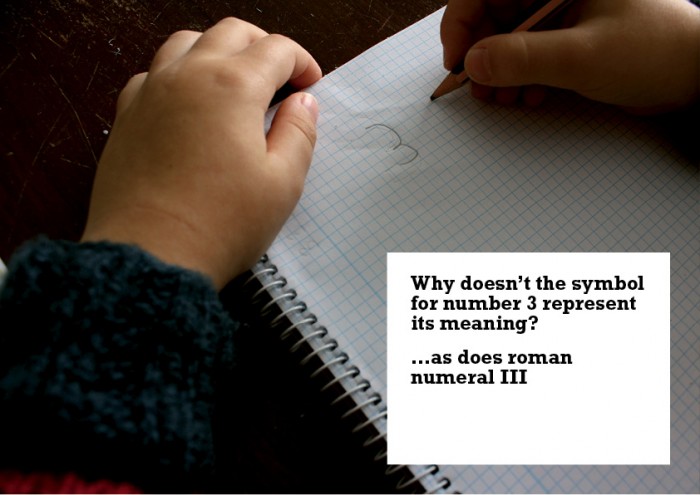 Why doesn’t the symbol in for number 3 represent its meaning? 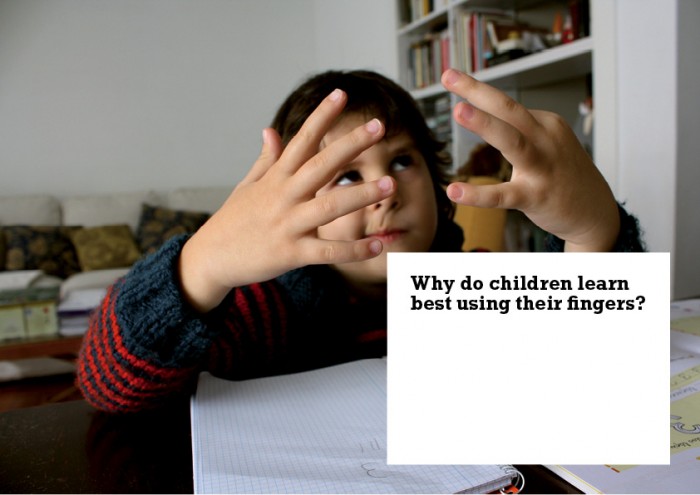 Why do children learn best using their fingers? 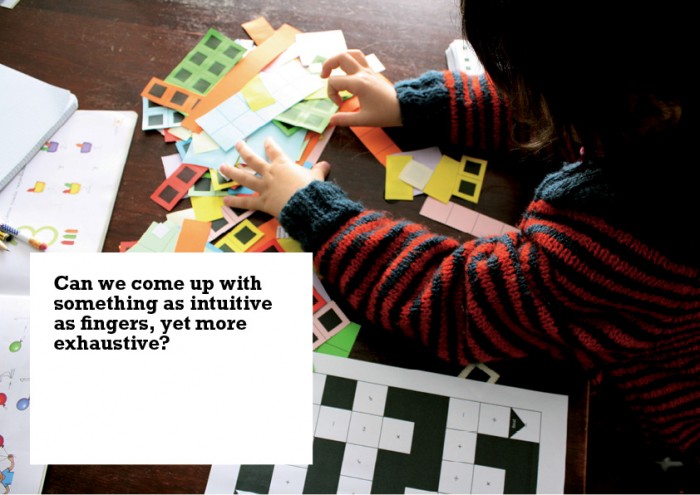 Can we come up with something as intuitive as fingers, yet more exhaustive? 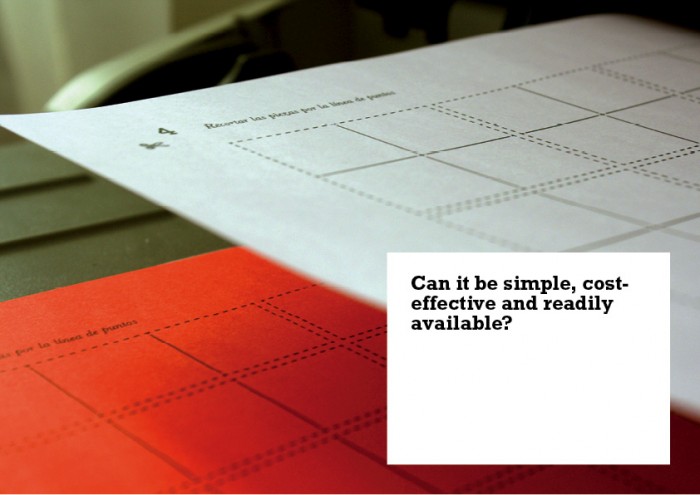 Can it be simple, cost effective and readily available? 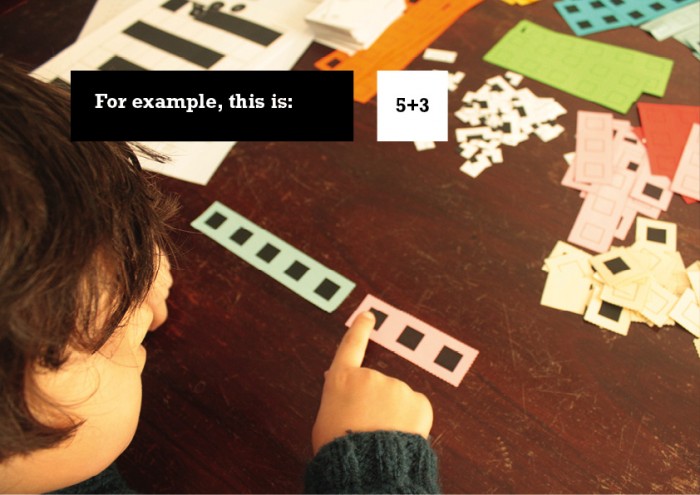 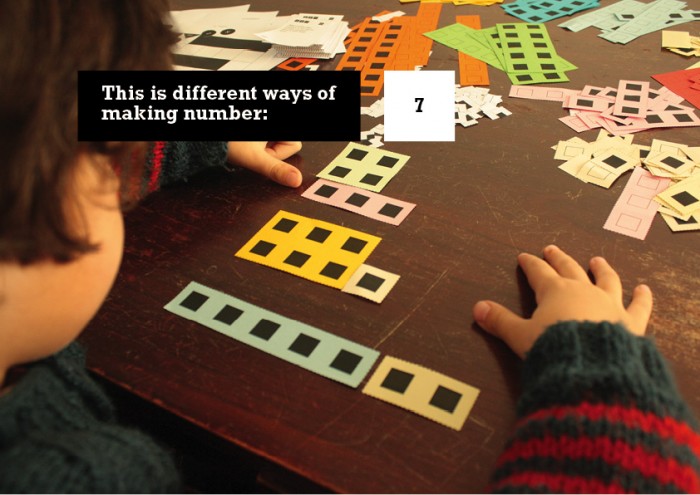 This is different ways of making number 7 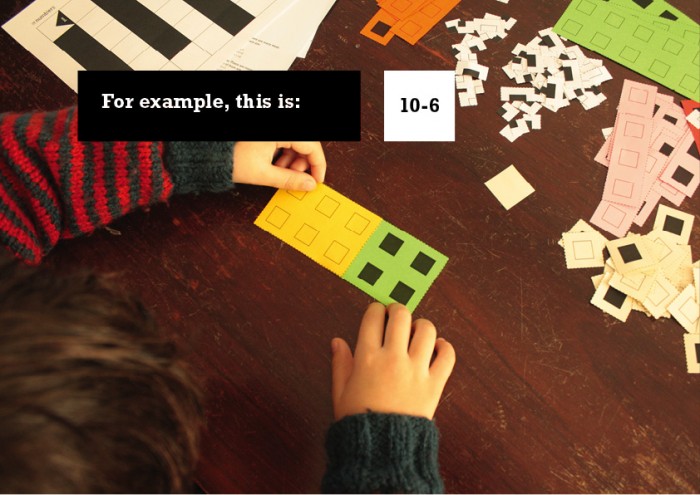 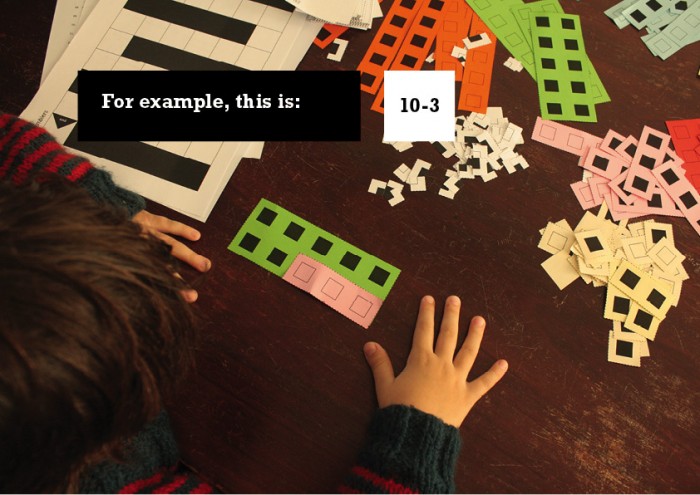 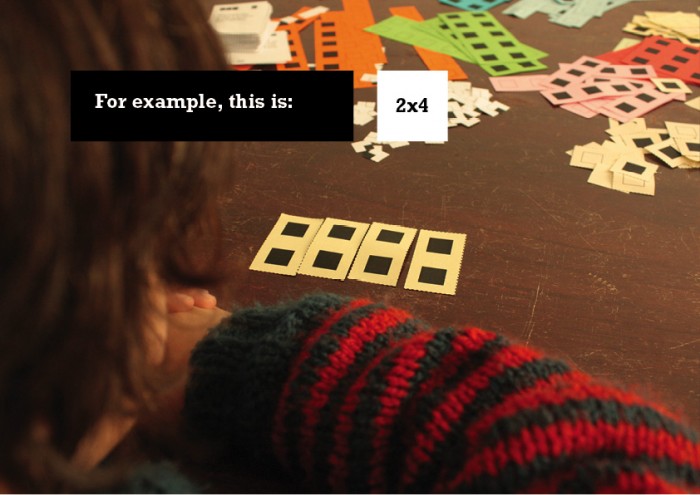 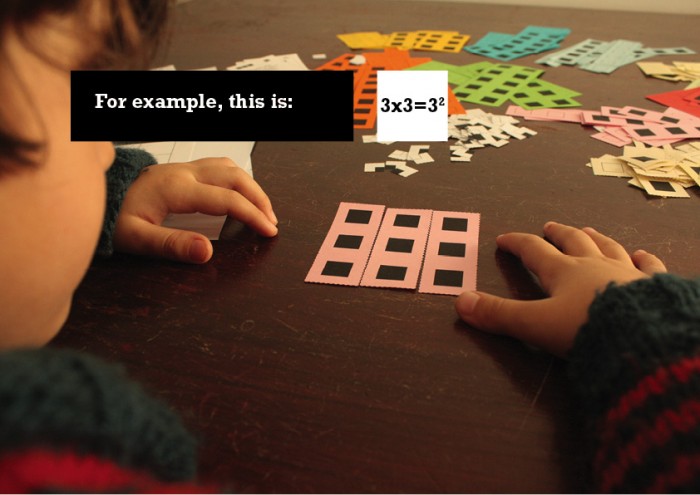 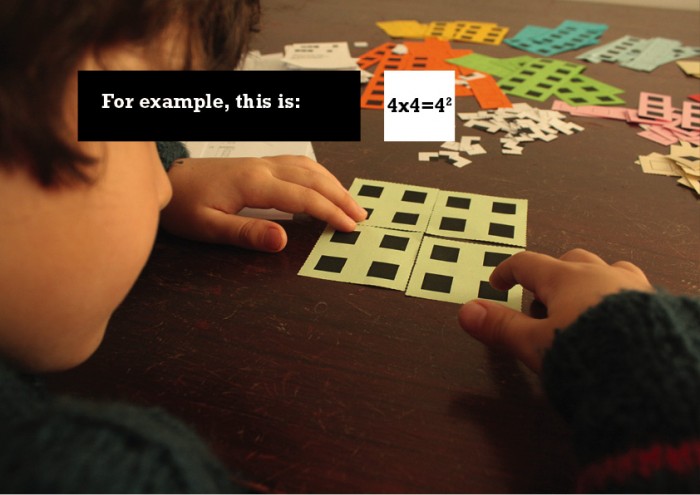 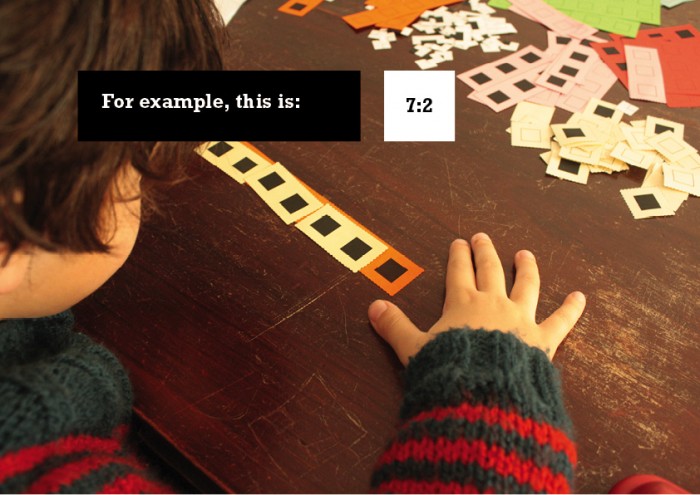 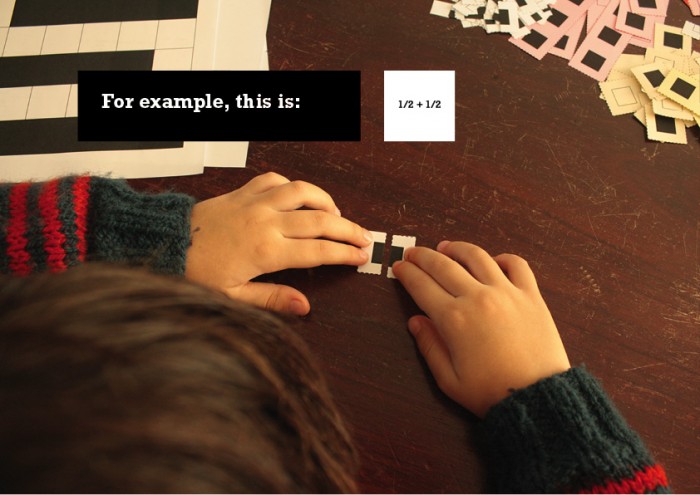 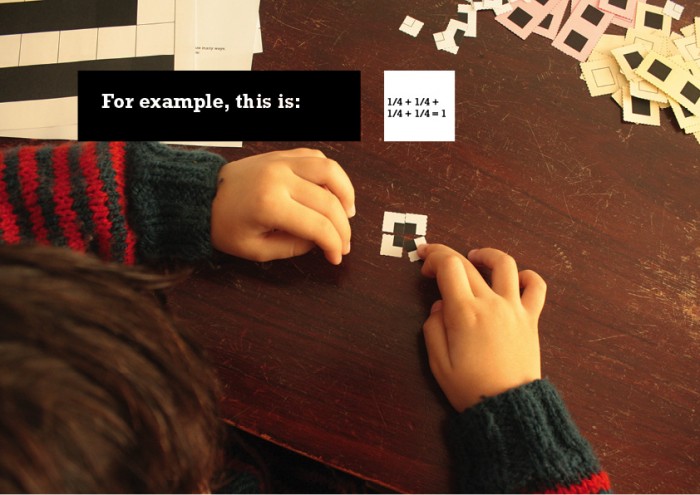 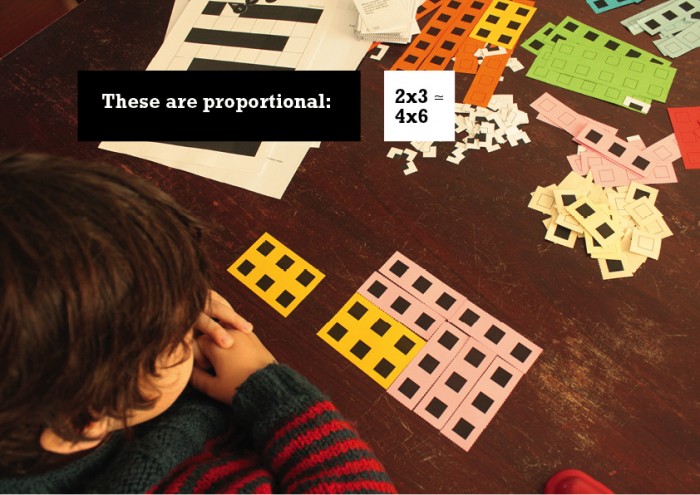 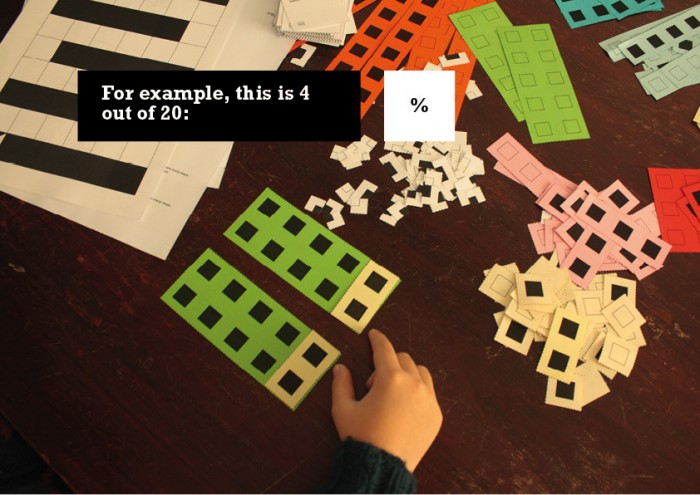 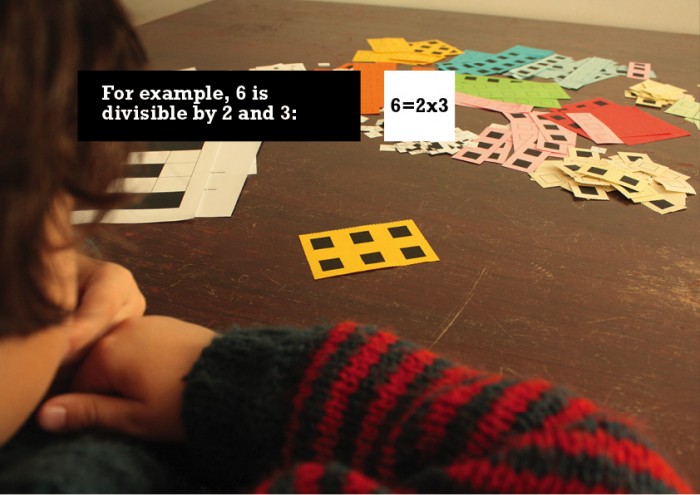 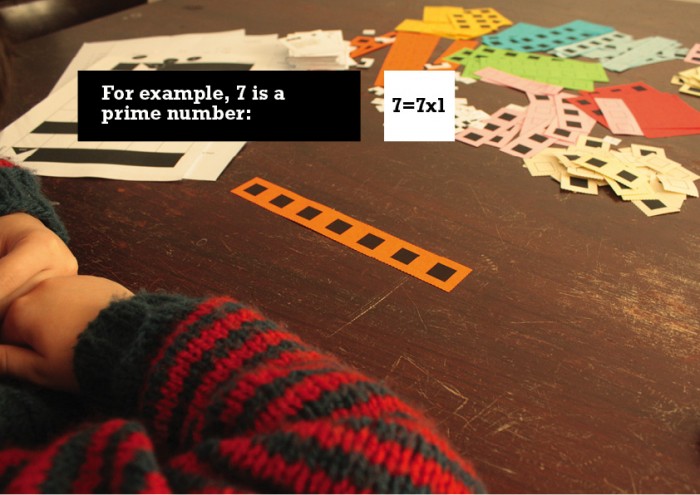 For example, 7 is a prime number 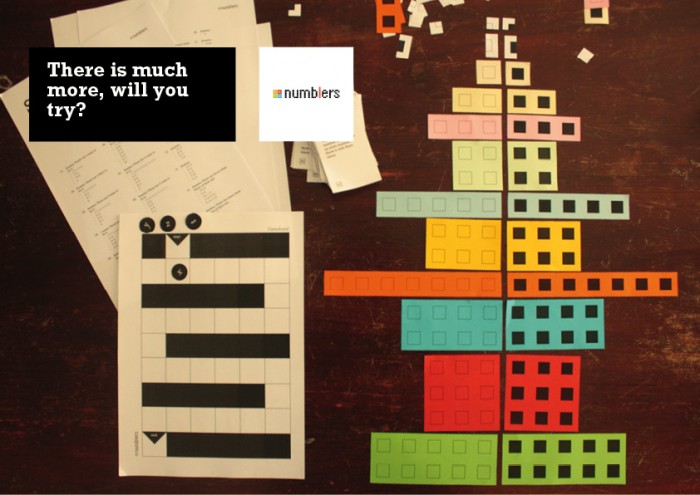 There is much more, will you try?

Hi, I am an intreaction designer with a background in Computer Science and Visual Communication. Research through design, ethnography design and participatory design are my main methods of working.

I have a passion for designing learning experiences <nd making visible the invisible.