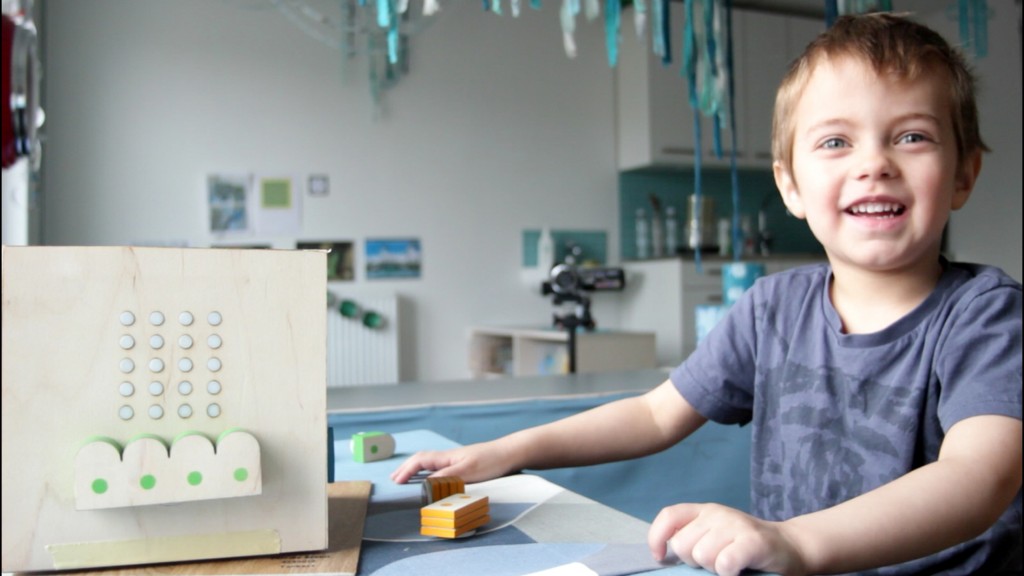 Happy child playing with the superbleeper

When I was a kid, my math teacher used to say that “math was everywhere…” but I couldn’t see it. I enjoy learning anything but math was always difficult for me; why?

This project is, in a sense, about making visible the invisible; about revealing what is hidden inviting people to explore and understand. It offers people the possibility to make connections between different things. It is trying to make people ask themselves what is going on, what is going to happen next and what would happen if “I tried this”.

I tested the concept with more than 12 children between 3 and 6 years old in three different contexts:

I didn’t explain anything to anyone just put the Superbleeper on one of the tables among other toys and let kids play if they wanted. 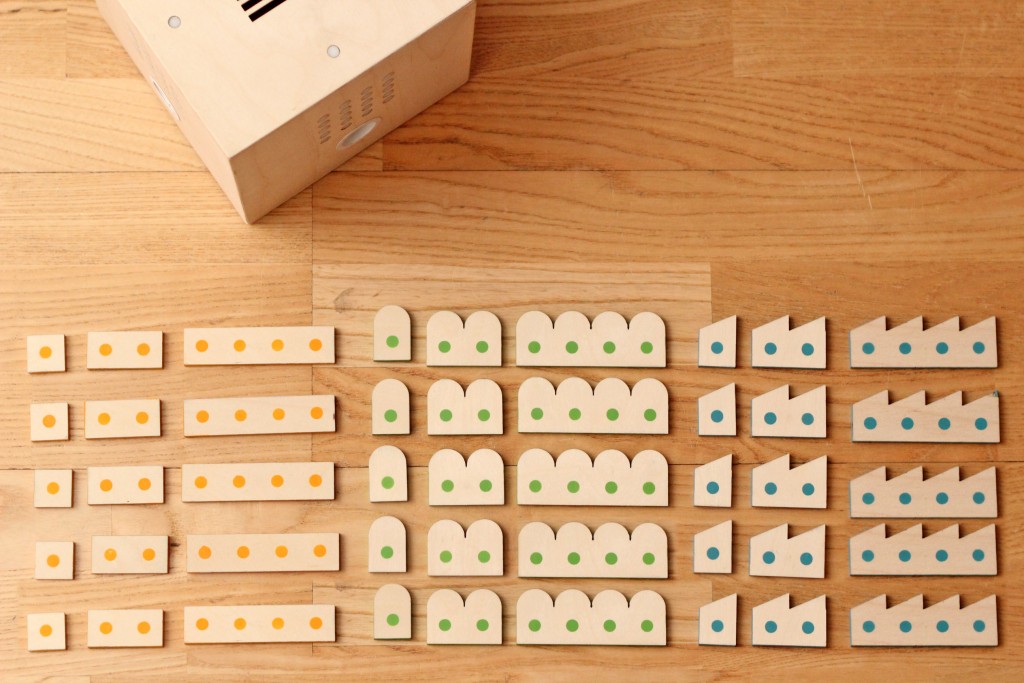 Superbleeper is a system of wooden blocks that map music concepts to tangible tokens. These blocks have been designed to visualize the math behind music. The system is shaped by the relationships between concepts like patterns, shapes, measurement, set and number sense.

Children interact with tangibles in order to create rhythms using math concepts. They get tactile visual and aural feedback. 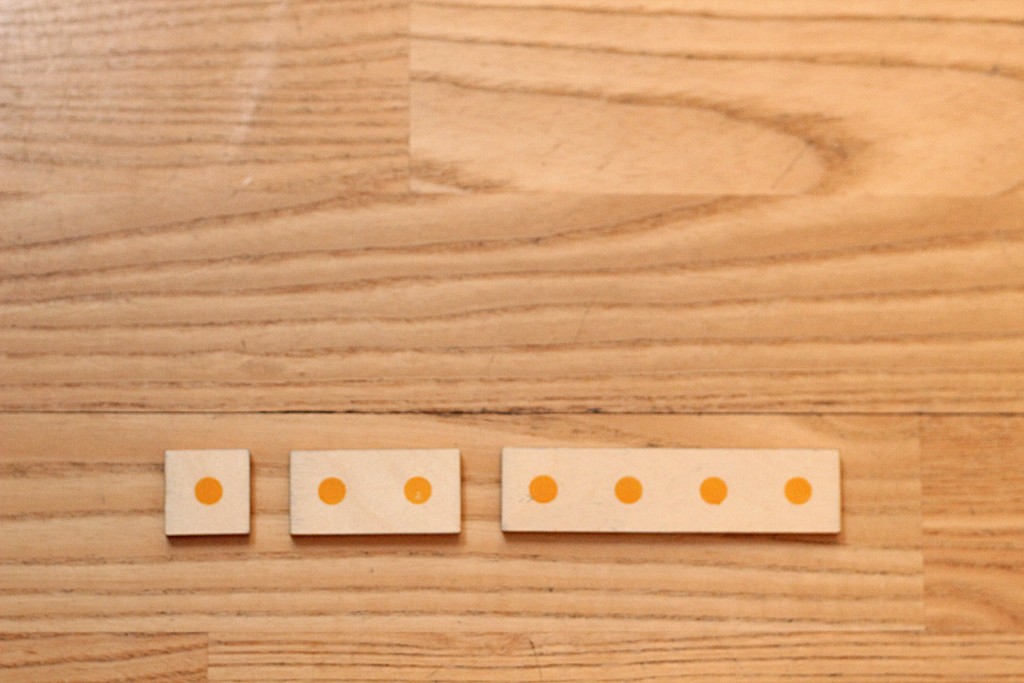 Width represents duration of sound. A quarter, half and whole notes.

For example, the width of the blocks represents the duration of the whole, half and quarter note.
The height of each block represents one music tone. So stacking blocks, children define notes with different duration and pitches. 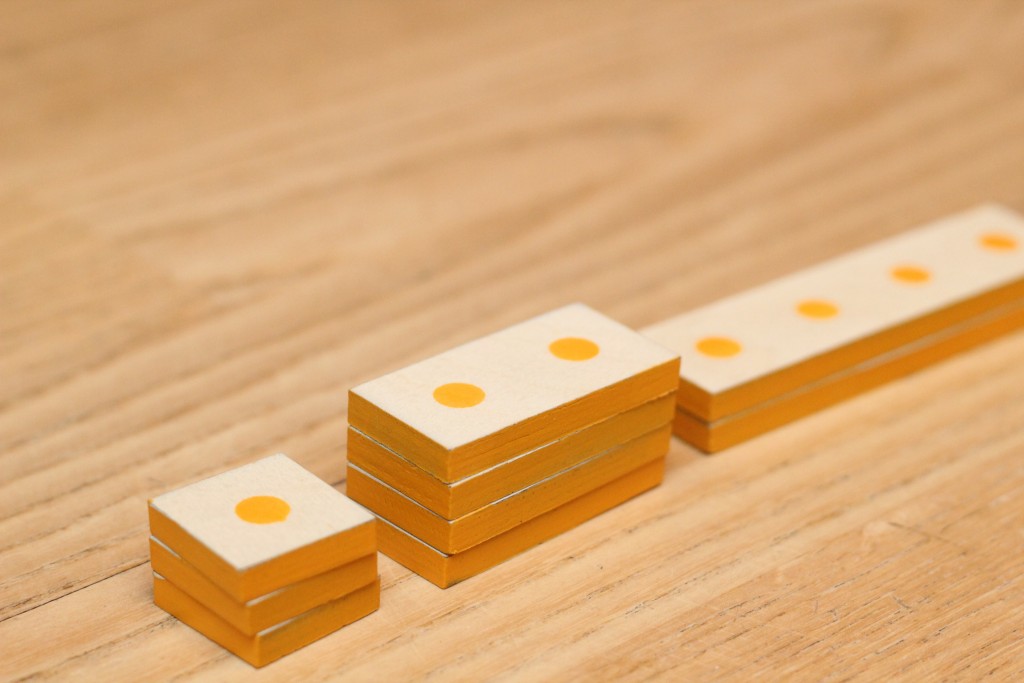 Height represents the pitch of the note. Every block piled, adds a tone. An E (quarter), G (half) and D (whole) notes

In this picture we can see an E quarter note, a G half note (Superbleeper uses pentatonic scales) and a D whole note. 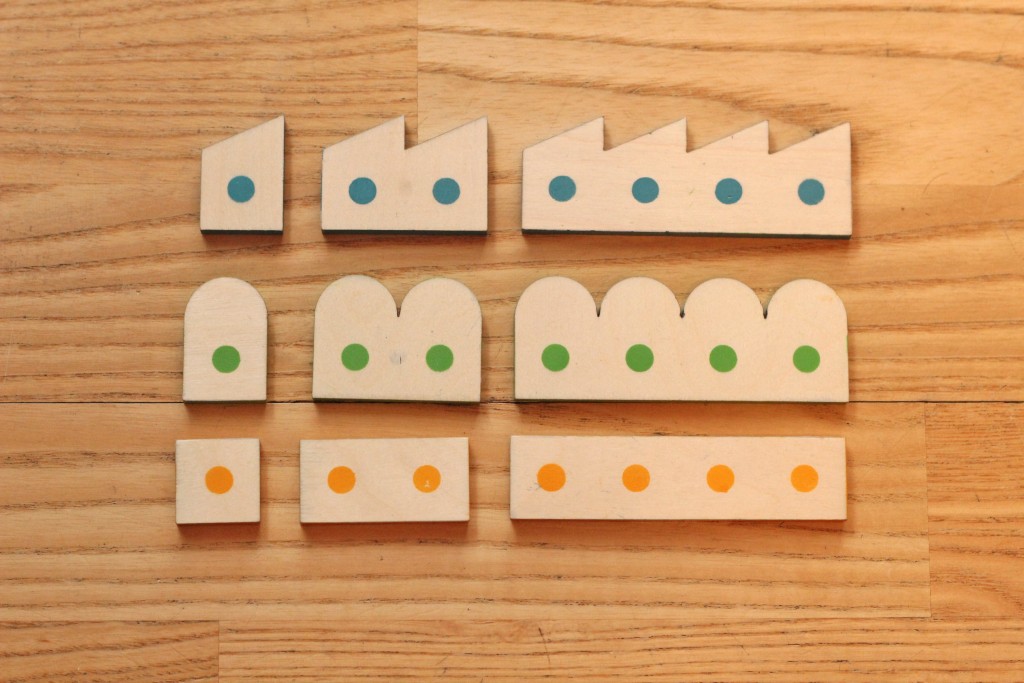 Shapes, represent the waveform of the sound synthesized. Ramp, sine and square waveshapes

The shapes represent the waveforms of the sounds that would be played. They can be sine, ramp and square waveshapes.

The colors are mapped to different musical scales. They define the starting note around which the scale is created (C1, C2, C3, etc.)

These notes can be placed on the sides of the Superbleeper sequencer box in order to listen to the sound created. The sequencer cube admits one block on each side, so 4 steps rhythms/sequences can be created with different notes and different durations. Visual light feedback is provided to make clear the connection between the sound, the block and the math that describes it. 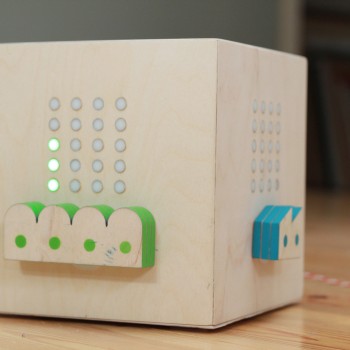 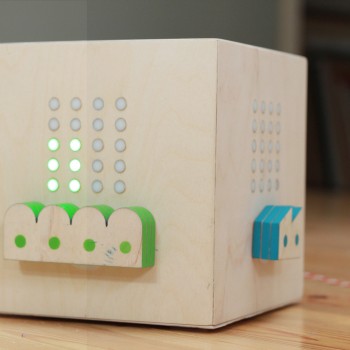 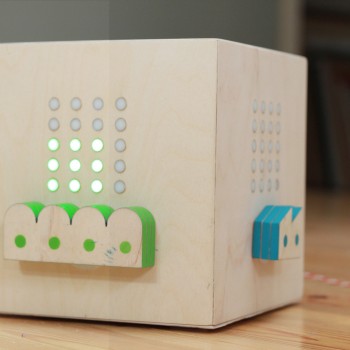 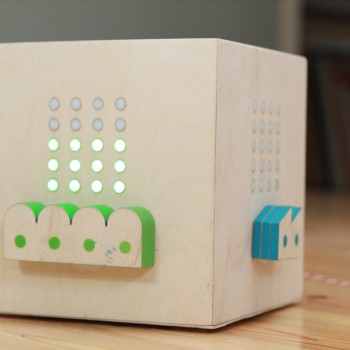 The picture above shows the Superbleeper sequencer box with one wooden block representing a whole E note with a sine waveshape. Lights show the duration, height and scale of the block. The sound that is synthesized and played corresponds to the tone defined by the wooden blocks. 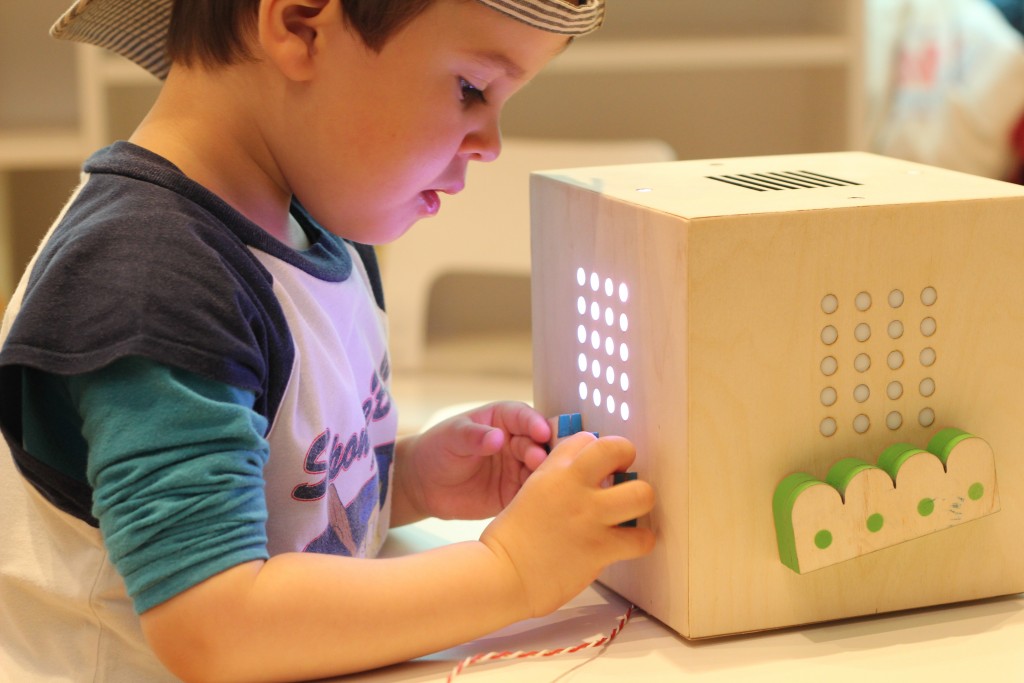 Kid touching, watching and listening to his block

I followed a Design Ethnography and Participatory Design method working with children throughout the whole process. I interviewed children during research while trying to understand their likes and feelings when learning and playing. 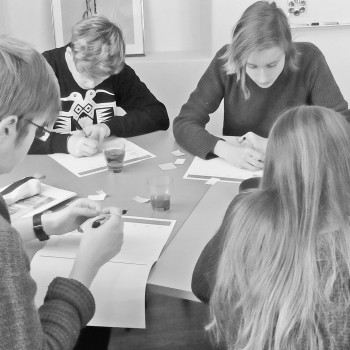 Finding out kid’slikes and dislikes 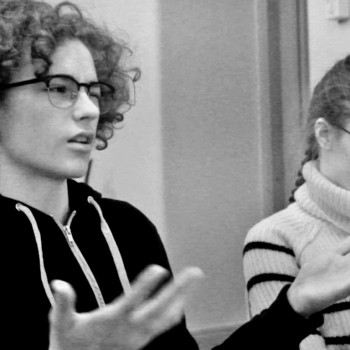 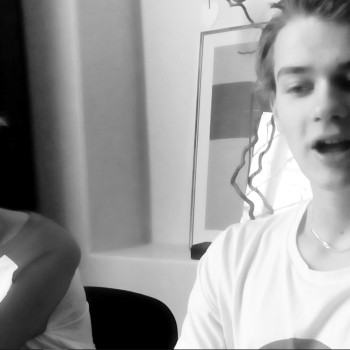 I run ideation workshops with kids to get inspiration from their designs and mockups. When I went into prototyping I worked with kids as testers and users (following Allison Druin terminology and framework). 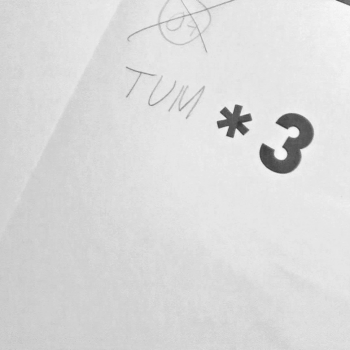 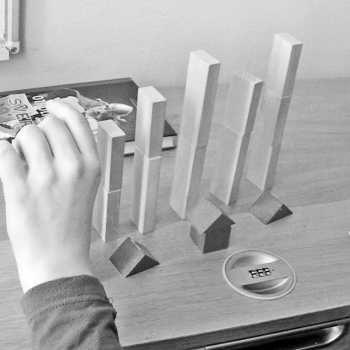 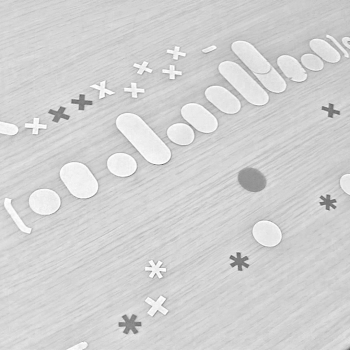 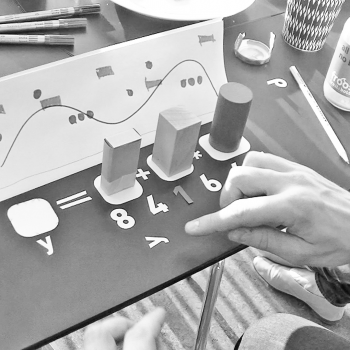 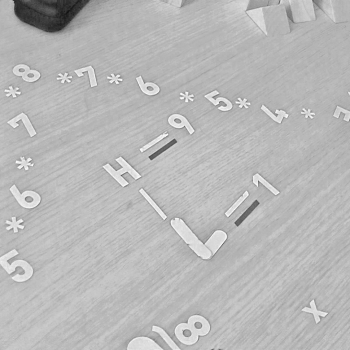 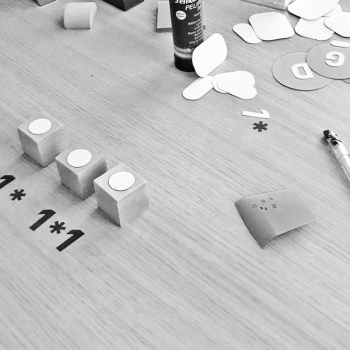 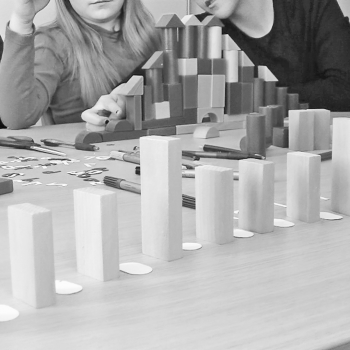 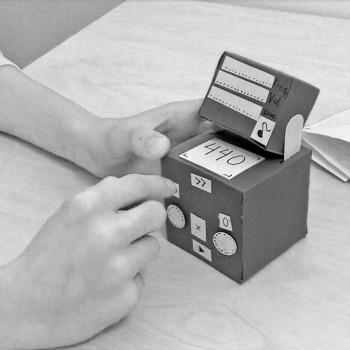 Create a toy that plays math operations and outputs sound

After research, I created these two ideas of which I picked the first one.

Iterations of the prototype 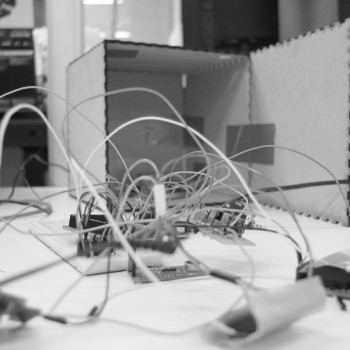 First version of the electronics 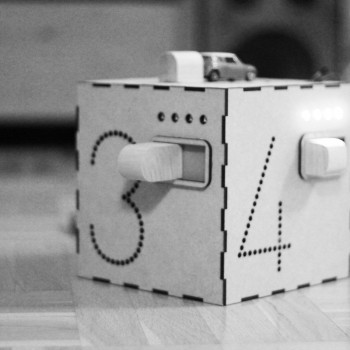 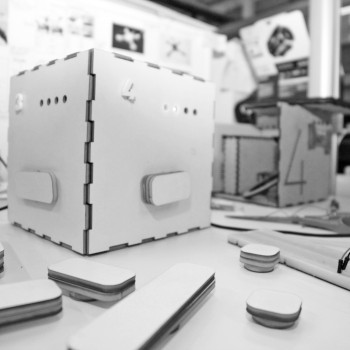 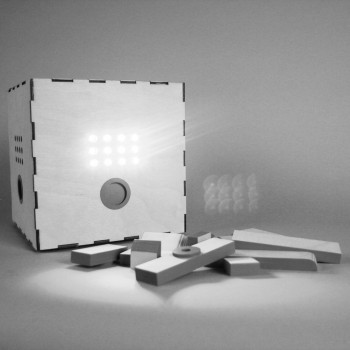 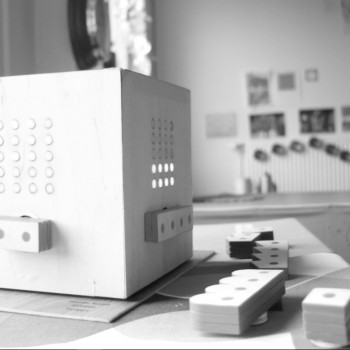 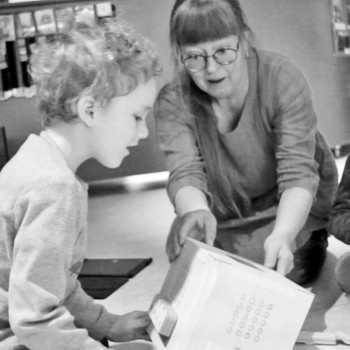 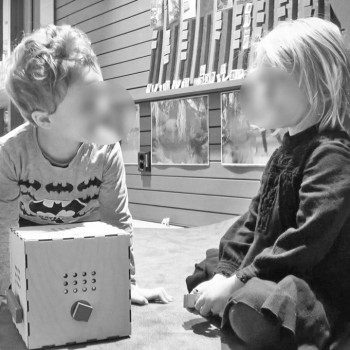 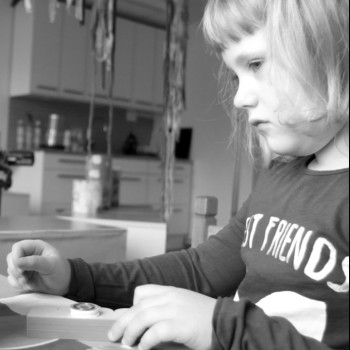